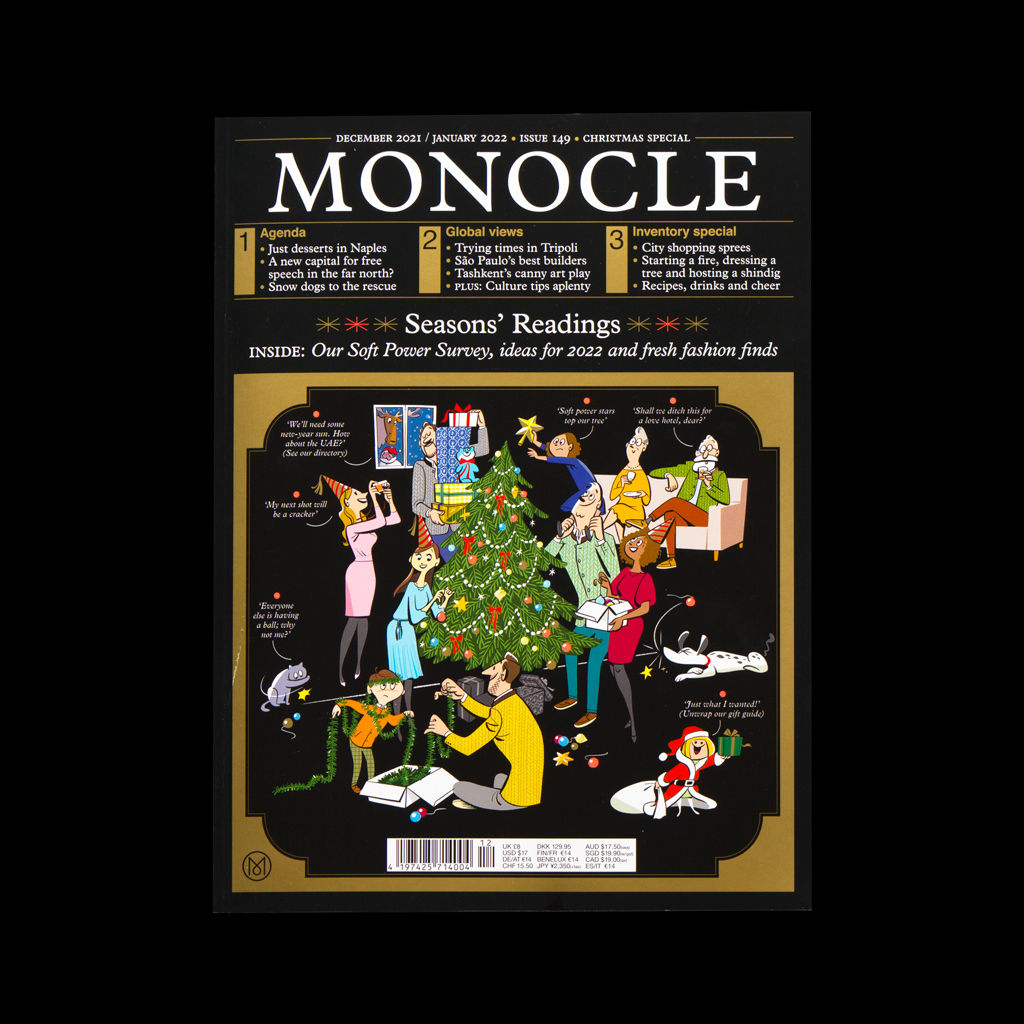 Monocle’s December/January bumper issue will take you to the far reaches of the globe, from poring over design details in Uzbekistan to petting mountain rescue dogs in Alaska. Alongside its annual Soft Power Survey, Monocle get the local view on Libya a decade on from Gaddafi’s fall and catch up with the president of Costa Rica at Cop26. It also takes  a drive around Detroit’s art scene and sees why Lithuania’s second city is luring film scouts. 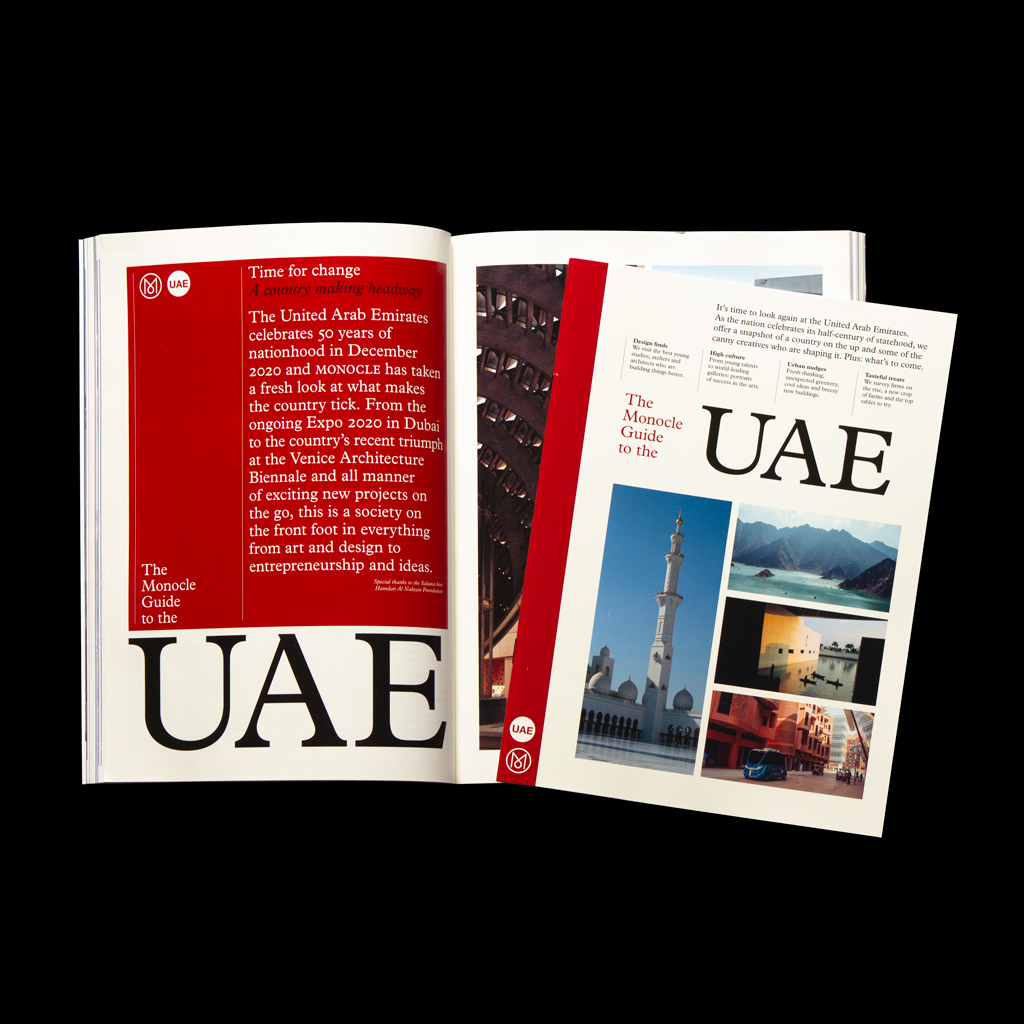 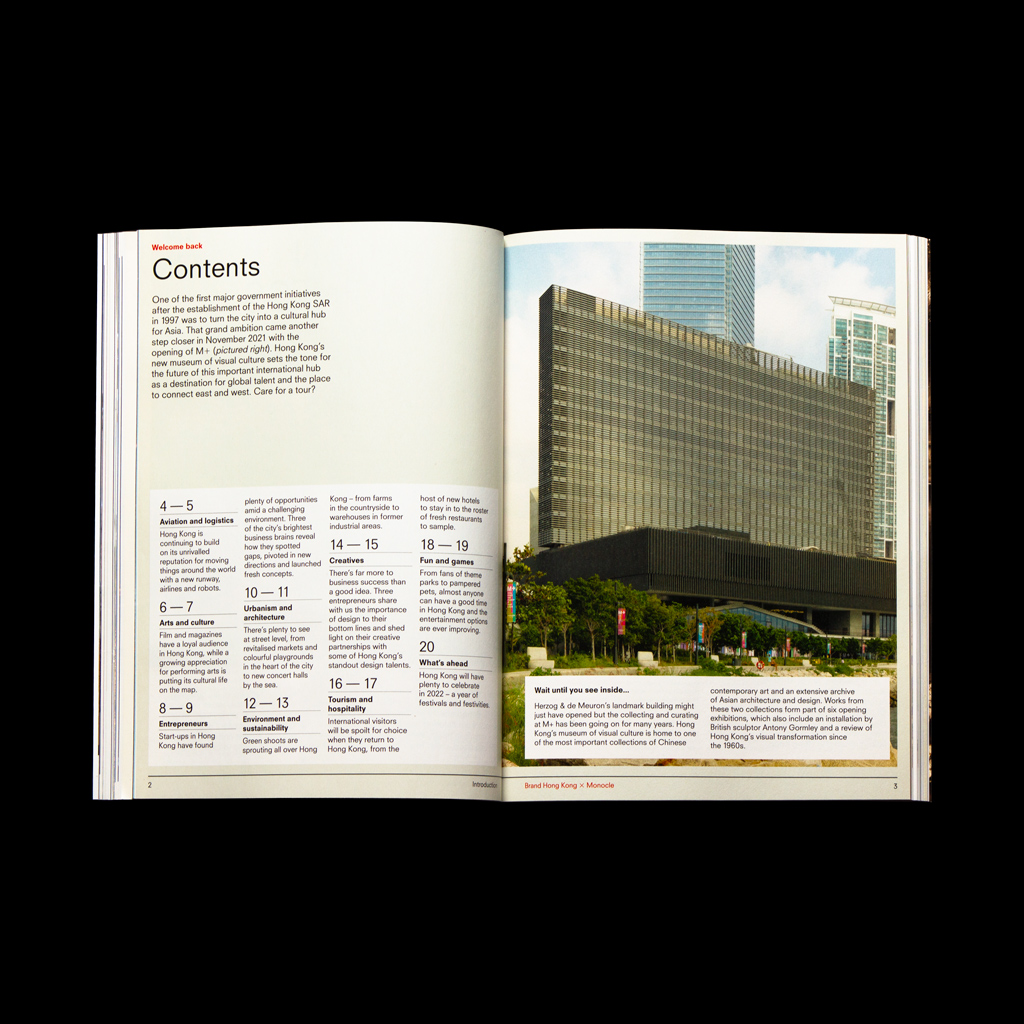 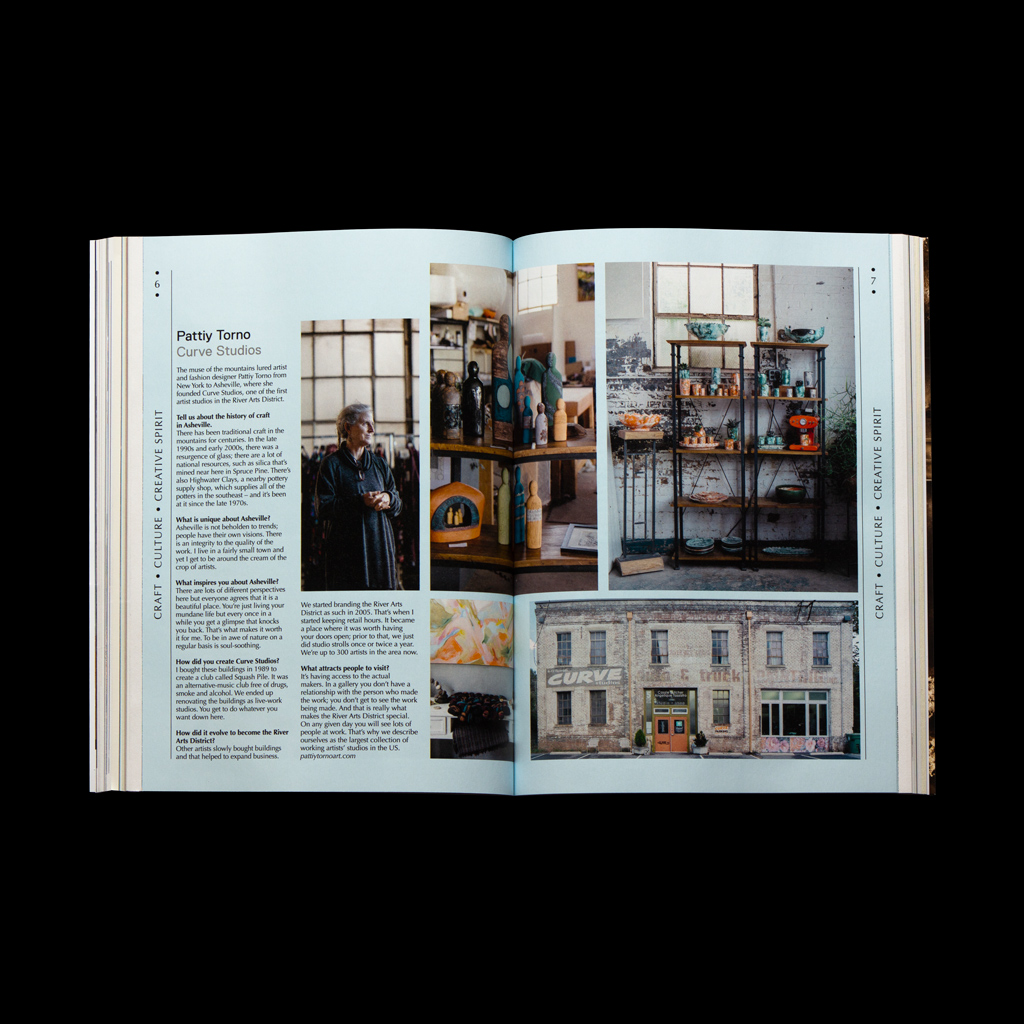 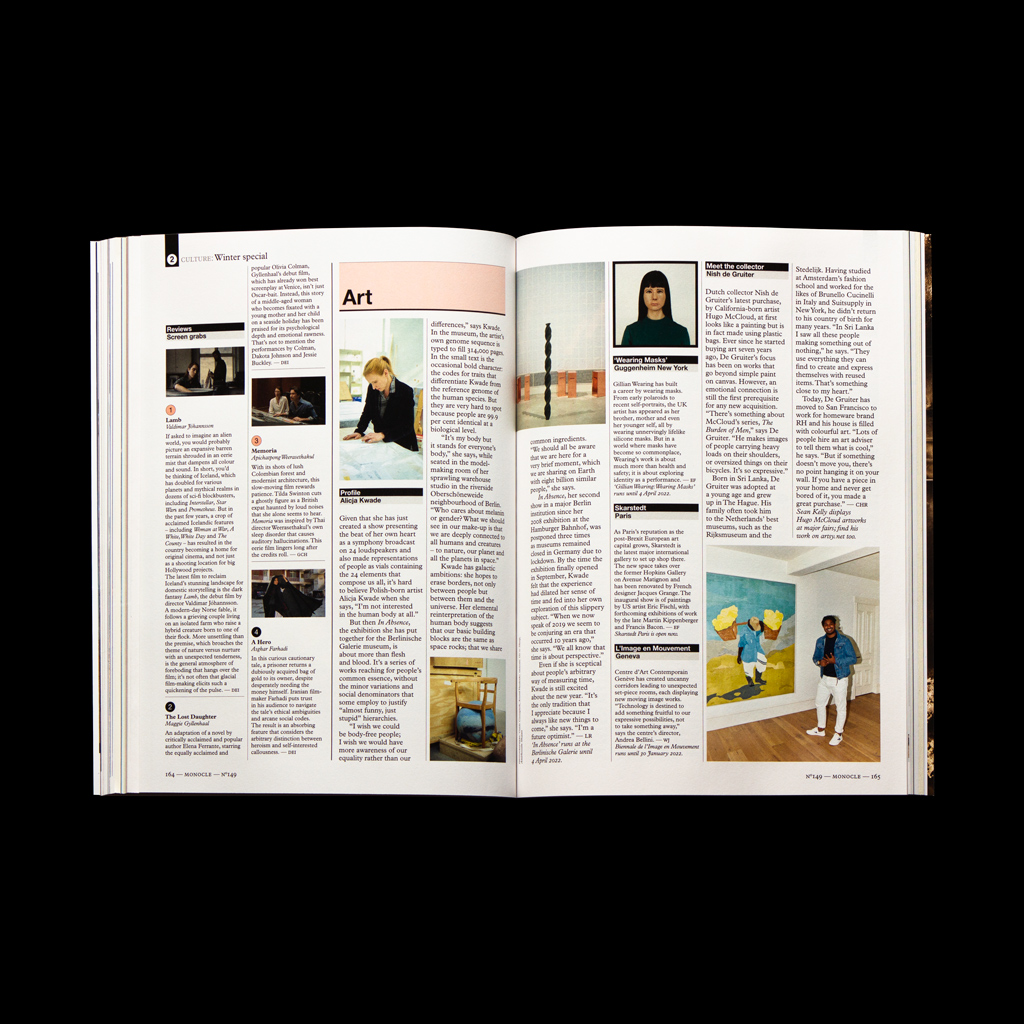 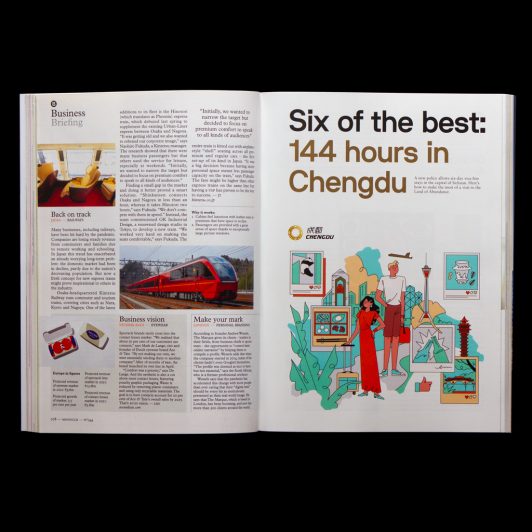 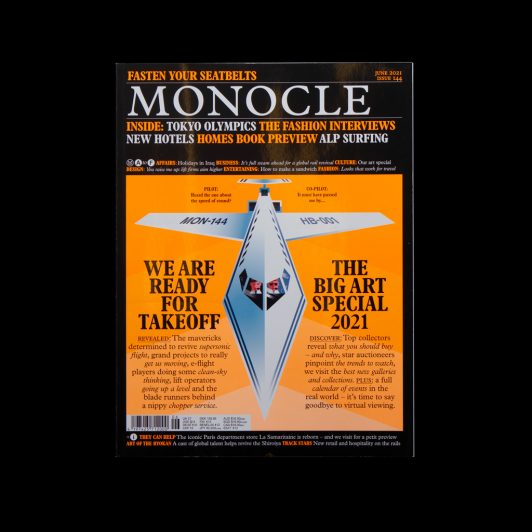 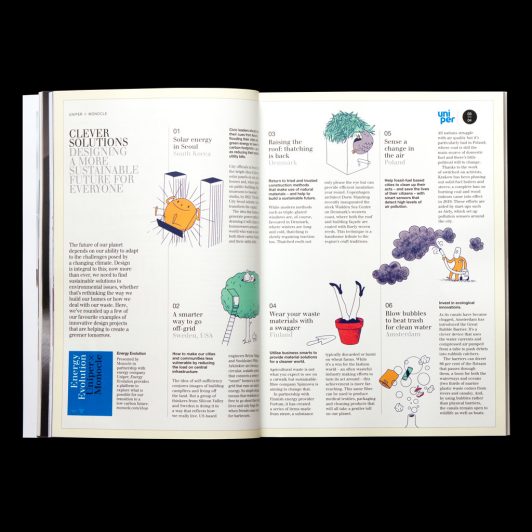 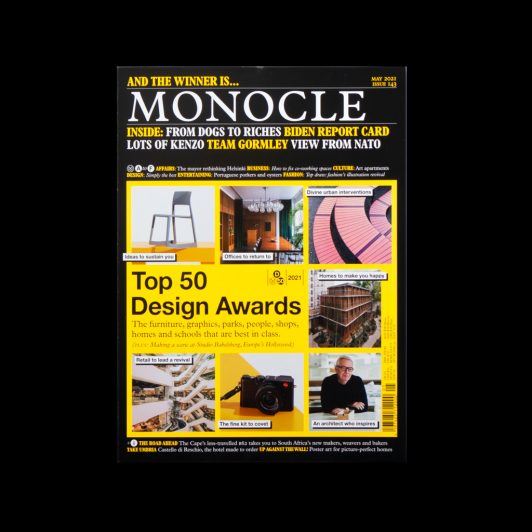 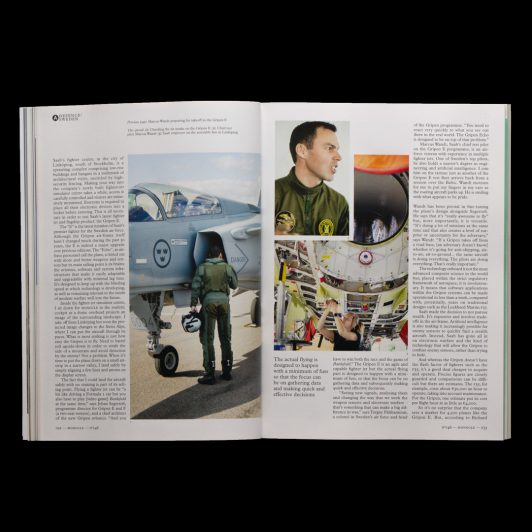 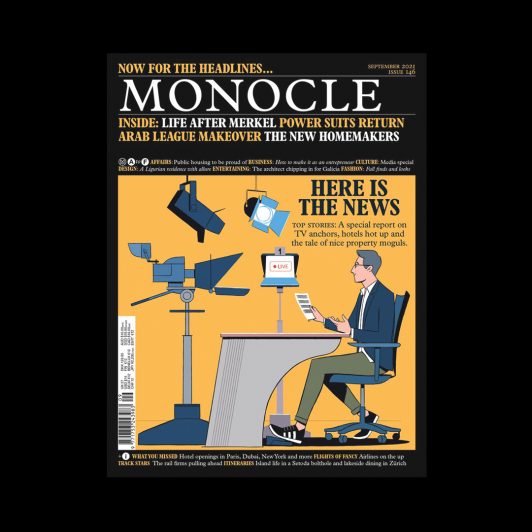